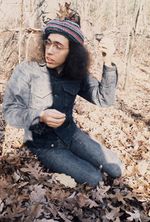 He was the founder and former owner of Countryside Realty and Quabbin Management in Athol and Orange. He was widely recognized for his accomplishments in promoting economic revitalization in the North Quabbin Region.

He helped revive a regional Chamber of Commerce in 1982, becoming its president, and was honored as the chamber's Citizen of the Year in 1985. On that occasion, U.S. Rep. Silvio Conte described Platt as "a real dynamo, a great asset to this community."

In May of this year, Platt was awarded the North Quabbin Chamber of Commerce's first economic development award, to be named for him in the future. On accepting the award, presented by U.S. Rep. John Olver, Platt informed the gathering that he had AIDS and he urged the Chamber to undertake a serious program of education and outreach to combat the spread of AIDS.

He was born in Philadelphia, the son of Irvin Platt and the late Charlotte Platt. He attended Philadelphia public schools and received a bachelor's degree from Temple University. He was a student activist in the late 196Os at Temple. He was a key figure in the establishment and operation of two alternative newspapers, the Temple Free Press and the Philadelphia Plain Dealer, which opposed U.S. policy in Vietnam and sought to promote racial equality.

He was a coordinator of youth activities for the National Conference of Christians and Jews.

He lived for a short time in San Francisco and relocated to Westwood, Mass., in 1971, moving to Royalston in 1973.

He was part owner of the Butterworth Corp., street map publishers.

He started Countryside Realty in 1977 in Orange in a one-room rented office at Our Daily Bread Food Cooperative, of which Platt was a member. Countryside grew to become the largest real estate enterprise in the area, with a large sales force and annual sales of several million dollars in the mid-1980s. Platt contracted with the town of Orange to serve as exclusive agent for the industrial park adjacent to the Orange Municipal Airport.

In order to attract Huntington Homes to Orange, however, he became involved as a promoter and investor, and finally as president of the firm. He resigned that position and shortly thereafter Huntington Homes was compelled by the economic downturn to close its Orange plant .

Housing rehabilitation and management, utilizing state, federal and private funding, were important aspects of Platt's business. He helped spearhead the rehabilitation of the historic Pequoig Hotel and became broker and management agent. Through Mt. Grace Realty, Inc., Platt was owner or part owner of several downtown buildings in Orange and Athol, all of which required considerable rehabilitation. These include the Putnam Block and Cooke Court projects in Orange and the Cook Building in Athol, which became the new headquarters of Countryside Realty.

He was part owner of the former Sportsplex in Orange.

Countryside Realty was sold to Foster-Healy Real Estate a few years ago.

Soon after arriving in Royalston, Platt became interested in preserving the rural character of the community and protecting the historic town common. He served as chairman of the town's planning board and helped author the zoning by-laws and the historic district by-laws.

He was active in the Democratic Party in Massachusetts.

His work as a community activist and businessman was summarized in several newspaper features: "From Rebellion to Real Estate," in the Boston Globe, Nov. 26, 1978; "When You're Completely Down, There's No Place to Go But Up," in the Central Massachusetts Business Digest, January 1985; and "Arthur Platt is the Catalyst for Making Things Happen," in the Worcester Gazette, Feb. 9, 1985.

Following cremation, there will be a memorial service at Temple Israel, corner of Walnut and Union streets in Athol, at 11 a.m. on Thursday, with James Levinson, spiritual leader, presiding. In lieu of flowers, family and friends have suggested that memorial contributions be made to AIDS Project Worcester, 305 Shrewsbury St., Worcester MA 01604. 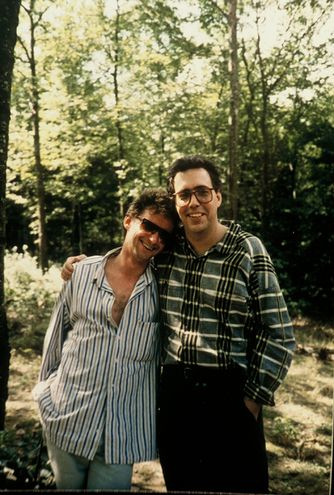 From time to time, people tell me I look like a rabbi. Now that I'm up here in the front of the synagogue, with a yarmulke on; maybe you can tell me if it's true or not.

I would like to talk about four topics, some of which have already been covered by others: community, money, work and friendship.

But first an aside. Often, at services like this, the name of the disease isn't mentioned, and friends like me sit in the back, weeping softly. Or fuming with rage. The Platt family has shown great courage and strength, but also wisdom, in their understanding that this openness is the way Arthur would have wanted it.

Nineteen years ago, Arthur came to Royalston determined by be true to himself and to become part of a community. He was very successful on both counts, as this gathering today attests. Accumulating money was not part of his dream, and when Arthur made money, I think it had an air of both surprise and unreality. He never ceased being generous and refused to see money as a way of identifying friends or defining himself.

Arthur's involvement in the community is well known to everyone here, from the meetings of the Our Daily Bread Food Cooperative he attended in 1973, to the last Chamber of Commerce and AIDS Project Worcester meetings he went to this past spring. Ask anyone involved in community activities and they will tell you how much he gave. The late Congressman Silvio O. Conte, a man well-recognized as a dynamo, called Art a "dynamo," and he knew what he was talking about.

Art was never afraid of work. I have vivid memories of him and John, each on the end of a log (many logs), when we first cleared our land on Butterworth Road. I've seen him do plumbing, carpentry and plenty of housework. I don't know exactly how many hours he worked each week at Countryside Realty, but it was a lot more than 40. Based on his childhood experiences, he respected working people and poor people, which was the main point that colored his political preferences * along with his reverence for life and his intense disdain of war and nationalism. When we had our most serious political disagreement, it concerned the proposed new Route 2 highway, which he was convinced would help bring in new employers to replace the ones that were closing up shop and leaving good workers without jobs.

And what a friend he was! Tracy (his niece) just called him "Uncle Artie" when she spoke. It's too bad our English language doesn't have a phrase like "Friend Artie." I sometimes called him "bubbeleh." You've already heard about the quality of Art's friendship. It's brought many of you here, some from as far away as New Jersey, Pennsylvania and Quebec. It was not a perfect friendship, however, as Art tended to not often share his innermost feelings and not show his vulnerability. That reserve was the closest he came to macho. Thank you, Arthur, for being my friend. Thank you for the laughs, from the funny faces to the camp, the wit, the dry humor. You will be remembered. 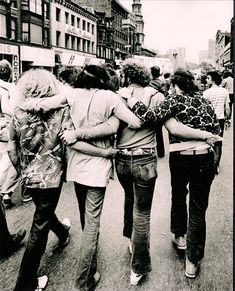 Hi Chris, well, here's the photo. It was taken at the 1972 Gay Pride march in Boston, Mass. In the photo are four of the five founders of Butterworth Farm, our unique gay community here in north central Massachusetts. Left to right, Steve McCarty (also on your site, I think, as a former Philly resident); his dear friend Arthur Platt; Steve's boyfriend Bob Gravley; and Allen Young.

Gay liberationist and photographer Steven Dansky commented to me that this photo belongs to a unique "genre" of gay photos -- showing the back of people because media were worried about libel lawsuits related to stating that someone is gay (which used to be libelous -- a very recent court decision said this is no longer the case.) You can work on the caption based on what I've written here, OK? Of course, I realize you may not want to use the photo at all because you cannot see the faces, but as I said, I find the photo fascinating, and of course four guys with arms around one another on gay pride day, back in the early years, is so sweet.

Age at Death (delete if non-applicable): 45