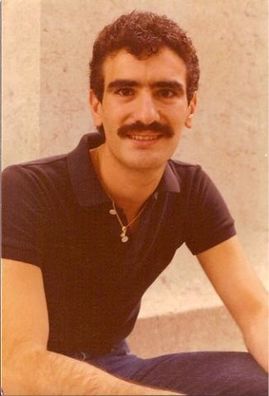 On August 25, 1961 Alan made his world premiere appearance. The family got an unexpected surprise with Danny arriving two minutes later. Alan got an early start on his career, not to mention a scolding, writing with crayon on his grandmother's walls. In elementary school Alan started The// //Rockland// //World// //Wide, a neighborhood newspaper. As the editor, Alan interviewed Mary Tyler Moore, Carol Burnett and President Ford. Doing P.R. was Grandma Sloane. From elementary school through college he was a newspaper reporter.

The years at Tappan Zee High were full with many activities including being on the staff for school plays. After being promoted he held the position of business manager for GYPSY, KISMET, and COUNT DRACULA. This was the start of his career in P.R.. A summer at Blair School for Journalism also helped perfect his skills. After graduation he attended the University of Maryland briefly and transferring to Temple University in 1981. He also held internships at Budco Theaters, Valley Forge Music Fair and The Forrest Theater. Having had spent many summers in Philly, the town became his second home.

He found his work with CARIE as P.R. person and volunteer very fulfilling. He was a member of a number of organizations, giving freely of his time. The job at PCA was a dream come true, it was amazing to him that he got paid for a job he so enjoyed. His oldest brother said it best: "Alan did more in his 30 years than 95% of us do over an entire lifetime."

Alan Yoffee, 30, public relations agent for the Philadelphia Corporation for Aging (PCA), died yesterday at Pennsylvania Hospital.A resident of Center City since 1980, Mr. Yoffee joined PCA in August 1990 and served on its personnel committee, internal communications team and emergency fund coalition. In his public relations job, he helped generate hundreds of newspaper articles and radio and television reports on PCA programs.Mr. Yoffee frequently broke into print in other ways. 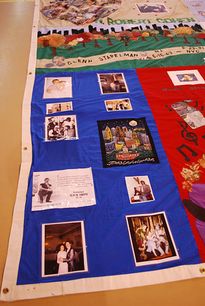