Name of Bar/Club: Tavern on Camac

In the 1920s, 243 S Camac was Maxine's, a gay friendly speakeasy, managed by Ed King. Sailors and soldiers stationed in Philadelphia were known to frequent it.

In 2004 it was bought by Stephen Carlino and Dennis Fee, who currently own it.

243 S Camac may be the oldest continually operating gay bar in Philadelphia. 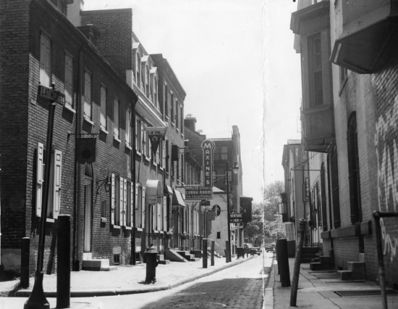 Camac St. in 1950, showing Maxine's and The Venture Inn

Philadelphians who spent time at this bar or club: