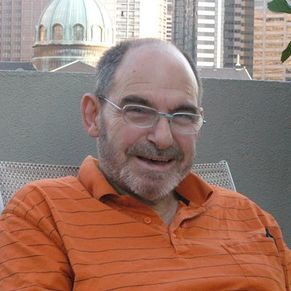 Sipos died July 28 in a Florida hospice center after a multi-year battle with cancer.

Sipos was born May 25, 1940, in New York City and grew up in Frenchtown, N.J. He studied at both Rider University and New York University before becoming an insurance broker. He relocated to Philadelphia in 1968.

Sipos followed in his father’s footsteps and entered the real-estate realm, attaining a position as a real-estate specialist with the city. He worked for the city’s real-estate department in various positions for more than 40 years.

“Being a broker before, it was just a natural leap when he moved into the city to move into real estate,” said Russell Force, a former partner of Sipos. “He knew it well and he enjoyed the process.”

Sipos had a hand in nearly all of the city’s large real-estate transactions over the past several decades, such as the development of the commuter-rail tunnel.

He was an active member of a number of city entities, such as the Mayor’s Geographical Information Systems Task Force and the Land Records Technology Committee.

Sipos served as a trustee and vice president of the Mid-Atlantic Chapter of the Urban & Regional Information Systems Association from 1992-2011, and was also vice chair of the Delaware Valley Regional Planning Commission’s Information Resource Exchange Group.

Sipos and Force owned and operated Magyar Hungarian Restaurant, 20th and Sansom streets, for about nine years through the 1970s-’80s.

Force said the restaurant was one of Sipos’ longtime goals, as his parents hailed from Hungary.

“It was one of his dreams,” said Force, who was with Sipos for 20 years. “Even anyone who knew him for more than a week knew that one of the things he really, really wanted to do in his life was open a Hungarian restaurant.”

The pair was plagued with formidable signs as they prepared to open Magyar’s doors: a week before, a break-in left them cleared of nearly all their belongings, and opening day brought a blizzard.

However, the restaurant eventually flourished, with its renown growing such that it was selected to supply the cookies for the 1981 presidential inauguration.

Baking was a favorite pastime of Sipos, as was gardening. He could often be found doling out fresh vegetables from his garden to his friends.

He also dedicated his time and energy to the arts.

“He had a real willingness to support the arts and to give generously,” Horton said. “If anyone needed something, he’d give a check or he would even physically help them — build a set, volunteer for an event. He was very upbeat, just a let’s-get-it-done type of attitude.”

Kevin Broad is another friend who cited Sipos’ generosity.

Broad, a painter, said Sipos constantly encouraged him in his work and once gave him an envelope of hundreds of euros to support a trip to Italy to paint.

In all of the local productions for which Broad served as stage manager, Sipos served as a valuable asset.

“He just wanted to be involved and help in any way he could — running lights, finding equipment to use. He knew so many people so if I ever needed to contact someone, he’d say, ‘Oh, you need to talk to so-and-so.’ His knowledge of people to work with in the city was really deep,” Broad said. “He had a willingness to serve and a desire to be part of a community that I think was underlying in all of his volunteerism.”

“He was very spontaneous,” he said. “He would think of something at 6 in the morning and say, ‘Let’s go do this.’ You just never knew with him. I’m the type of person who tries to think through every aspect, and Ken would just say, ‘Come on, the day’s almost over, we have to get moving.’ His spontaneity was great.”

Sipos was diagnosed with melanoma seven years ago, and spent the last six years with stage-four cancer. Most recently he lived in Logan Circle, but last month headed to Florida to spend his final days with his brother and his family.

In addition to Force and Horton, Sipos is survived by brother David, sister Patricia, nieces, nephews and a wide circle of friends.

A local memorial service is pending.