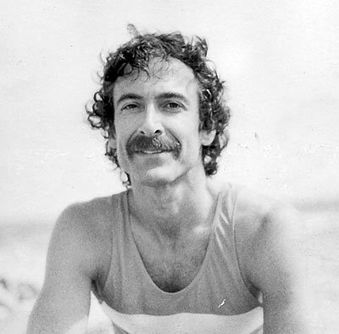 Rubini was found deceased in his Society Hill residence March 23, and the Medical Examiner’s office determined the cause of death to be arteriosclerotic cardiovascular disease. Rubini, a native of New York, was very active in the LGBT community at Temple and citywide. He taught history at Temple from 1969-99.

“He was very blunt and forward about things — he didn’t bullshit,” Tommi Avicolli Mecca, a former student and associate of Rubini, said about his teaching style. “When we’d cover popes, he’d tell us frankly about the popes who had sex, who had kids, and he would talk about these things in a very matter-of-fact way. He wouldn’t try to skirt certain issues but would tell students exactly the truth about history and about the country. We were eager for that.” Another former student and friend, David Rosenblatt, said Rubini excelled at connecting with his pupils. “He had a way of engaging with the students with the knowledge he had but at the same time he could bring it down to their level and make it palatable and fun,” he said. Some of Rubini’s classes sought to bring history into the present, such as those that focused on the gay-liberation movement. Rubini was one of the first openly gay professors on campus, Avicolli Mecca said, and was unapologetic about that, which didn’t win him favor with some of his colleagues.

“He was out at a time where it wasn’t acceptable to be so,” he said. “Most professors would never have done that because they would be too worried about not being eligible for tenure or about losing their tenure. But he was very out and was teaching courses that weren’t the mainstream history courses that professors go for to get tenure or to be ‘respected’ members of a history department. But that didn’t stop him.” He was also a helpful resource for the gay-liberation group on campus, of which Avicolli Mecca was a member. In 1973, the organization set up a “Kiss the Queer” kissing booth on campus, an action that was met by strong and nearly violent resistance from some students. The administration also had a critical response, but Rubini intervened to keep the club and its members from punishment. “We would sometimes do controversial things that the administration would freak out about because they were worried about legislators in Harrisburg cutting off funding,” Avicolli Mecca said. “So after the kissing booth, the administration was threatening me with expulsion and Dennis went in and put in a good word for us with the board of trustees and others and smoothed things over for us. That was a really valuable role he played in the early gay-liberation days; it was great for us to have an ally on the faculty who was willing to stand up for us.”

Outside the Temple community, Rubini also took a stand in the LGBT-rights movement as a member of the Gay Activist Alliance, of which he served as president in the early 1970s.

Former GAA member and longtime friend Larry Wexler said Rubini’s passion for teaching spilled into his activism work. “He was extremely knowledgeable about almost everything,” he said. “He was very well-educated and well-spoken and a great lecturer and teacher. I never took one of his classes but he taught me more about more things than anyone else ever has.” One of Rubini’s areas of familiarity was health. A lifeguard in his youth, Rubini was an avid fitness and exercise buff, and would ride his bike throughout the city. “He was really a character,” Avicolli Mecca said. “He was strong-willed, stubborn and extremely dedicated to the struggle for gay liberation.”

A memorial service for Rubini is pending.

YouTube video of the memorial service at the William Way Center: