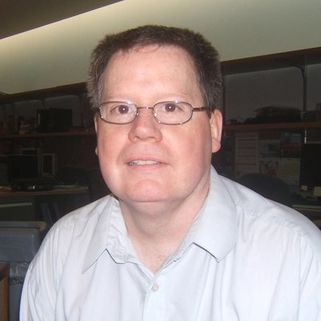 Michael McGonigle, a film lecturer at the Philadelphia Museum of Art, died Nov. 9 from a heart attack. He was 53.

McGonigle, born Dec. 2, 1958, graduated in 1976 from Walter Biddle Saul High School of Agricultural Sciences, where he was a member of the Future Farmers of America. He attended Temple University for one semester. He went on to serve in the United States Air Force.

McGonigle was known for his love of films, energetic personality and collection of film soundtracks.

According to Gary Kramer, publicity manager at Temple University Press, who knew McGonigle from a weekly film discussion group both were involved with, McGonigle always stayed true to his positions on films.

“What I loved about him is that he always respectfully disagreed with you, but he never attacked you personally or insulted you about your opinions,” Kramer said.

Kramer said McGonigle was a treasure trove of knowledge and was the only film lecturer he knew who could consistently fill rooms with 400 people for a discussion.

If the discussion group watched a movie about baseball, McGonigle would pitch in about his experiences in a gay softball league. If the film concerned a particular career, chances are McGonigle had the experience to back up most of his comments, Kramer said.

Kramer joked that the discussion group was apprehensive about discussing “Magic Mike,” as they were afraid to find out if McGonigle was once a stripper (which he was not).

Franny Price, president of Philly Pride Presents, knew McGonigle from his time working at her store, Spruce Street Video. Price said McGonigle used to wait for a bus outside the video store and, when Price put together movie displays in the windows, he would talk about the films.

Price said that when Spruce Street employees were bored, they would throw out movie titles to McGonigle to see how much he knew.

“He would tell us all the facts — who wrote the script, the directors, how long the movie was, if it was a remake,” she said.

Price said McGonigle was strong-willed and stubborn, but she also called him a hero. She said that, when a store employee was thrown out of his apartment when his partner found out about his HIV status, McGonigle invited the employee to live with him. He also once saved a woman from a carjacker, she said.

“He would aggravate you, piss you off, but he would give you his coat if you were freezing,” she said. “It always amazed me that people didn’t know about Michael. You could come into Spruce Street and he would give a customer an opinion on a movie and they would leave angry but what they didn’t know is if they were getting mugged in the streets, Michael would have been the one to save them.”

McGonigle’s brother, John, said his brother’s bravery was evident from a young age.

“In 1974, my brother decided he wanted to tell everyone he knew that he was gay,” he said.

John said he didn’t care and loved his brother no matter what. For those who did care, however, McGonigle always kept two works within reach — the Bible and the U.S. Constitution.

“My brother wasn’t a political or religious person, he just wanted to make sure that if someone was going to quote, he wanted it to be exact. He took great joy in having people explain themselves,” he said.

“Talking with him was a laugh riot — he was subtle in his humor,” he said.

Price added that McGonigle will be “truly missed.”

Besides his brother John, McGonigle is survived by sisters Christine and Patricia, three nieces and four nephews, several in-laws and a number of great-nieces and nephews.

Details on a memorial service were pending as of presstime.

In lieu of flowers, donations can be made to the Philadelphia Museum of Art, 2600 Benjamin Franklin Parkway, Philadelphia, Pa. 19130 or at www.philamuseum.org.