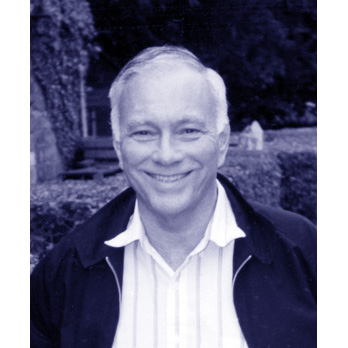 [Justice Jenkins]—a gay veteran known to friends and family as 'David'—passed away Dec. 13 from complications of Parkinson's disease at Warren Barr Pavilion. He was 75.

Jenkins found a sense of purpose in his middle name. He was devoted to his community as well as to his country and lived the principles of compassion and respect his entire life.

He was 75 and lived on the North Side of Chicago.

Jenkins was born November 13, 1932, in Baltimore. He attended St. Paul's School in Baltimore and graduated from the University of North Carolina at Chapel Hill in 1954.

He served 13 years on active duty as a pilot in the U.S. Navy at bases and on aircraft carriers around the world. He was among the elite pilots stationed at Guantanamo immediately after the Cuban missile crisis in 1962.

After active military service, Jenkins—known to friends and family as 'David '—enlisted at the front of the 'war on poverty' during the administration of President Lyndon B. Johnson in 1964. Working in the Office of Economic Opportunity, he designed and supervised anti-poverty programs that blended economic opportunities, social services and educational programs. Over his 20-year tenure in the federal government, he traveled throughout the United States to implement the programs in small towns and urban areas. Jenkins also concurrently continued military service for 19 years as an officer in the Naval reserve and retired as a Captain n 1985.

During the late 1980s, Jenkins coordinated the AIDS outreach programs for the Episcopal Diocese in Philadelphia.

'He lived his life affirming a determined commitment to human and civil rights,' said Richard Turner, his partner of 16 years. 'He made a career of putting his compassion into programs and organizations that served others.'

Turner told Windy City Times that Jenkins 'was the kindest guy in the world. David didn't like the limitations in his life, but he never once complained.'

Regarding gays and military, Turned added, 'He had his anger about the treatment of gays and lesbians in the military, but there was more pain and hurt.'

Howard Brown Health Center CEO/President Mike Cook, who befriended Jenkins for several years, told Windy City Times that the former veteran 'was this very strong, powerful, dynamic man whom everyone liked. That's how we remember him now. ... He was always engaging, interested and interesting. He was a real force.'

Jenkins came to Chicago in 1997 to live with Turner, who he had met when they were both members of the Board of Governors of the Human Rights Campaign. Prior to returning to Chicago, they lived in West Palm Beach, Fla., and New York City, where Jenkins volunteered with Funders Concerned About AIDS.

Jenkins' passion, in addition to civil rights for gays and lesbians and AIDS issues, was singing. In Philadelphia, he was one of the founders of the Spruce Street Singers. He also sang with the New York Gay Men's Chorus and, after moving to Chicago, with the Windy City Gay Men's Chorus. He also logged many hours as a volunteer with the American Civil Liberties Union office in Chicago. Living only blocks away from Wrigley Field, Jenkins also became an ardent Cubs fan.

During his four plus years of living with Parkinson's, Jenkins was fortunate to have an extraordinary caregiver, Gilbert Magallanes, who became an integral member of the family. Turner said Magallanes 'anticipated David's every needs, cared for him with compassion and affection and helped provide him with a remarkable quality of life.'

Age at Death (delete if non-applicable): 75

His friends include: (type your name here, or names of others) He was lovers with Benjamin Verdile