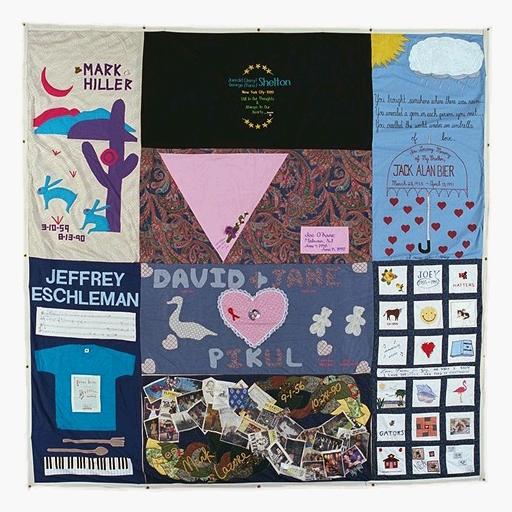 An estimated 200 friends, colleagues and students of Jeffrey Eschleman gathered at Haviland Hall of the University of the Arts yesterday afternoon to remember the 37-year-old pianist, vocal coach and conductor, who died Sunday after a three-week battle with pneumonia. He had AIDS, according to his friend and former classmate at Temple University, composer Harrison Boyle.

"If you had been at (yesterday's) service, you would have been amazed at the outpouring of feeling from students who spontaneously came to the rostrum to speak of the encouragement and support they had gotten from him. A person as young as Jeff doesn't usually leave that kind of legacy," Chittum said.

Earlier this month, Mr. Eschleman had been scheduled to conduct the University of the Arts opera for children, Gian Carlo Menotti's The Bride of Pluto, at the Shubert Theater, an engagement he was unable to fulfill. He was hospitalized Dec. 7.

His sensitive pianism and knowledge of the vocal repertoire made him a respected coach. A few seasons ago, he coached soprano Benita Valente in Debussy's Pelleas et Melisande. He had also coached Rolf Bjorling, the son of the legendary tenor Jussi Bjorling.

Before coming to the University of the Arts, Mr. Eschleman coached at the Academy of Vocal Arts. In the 1980s he spent several summers as a coach and conductor at the C.W. Post Summer Arts Festival on Long Island.

Boyle, who led the eulogies at Wednesday's service, described his friend as animated, and with a deep intelligence and curiosity about everything. He was especially known for his wide sense of humor, everything from the abstruse to the jejune."

A gifted improviser, Mr. Eschleman sometimes put that ability in the service of wit. Boyle recalled a recital in which, to fill a program gap, Mr. Eschleman created on the spot the fictitious Emil Schaumwasser, whose music he described to the audience as "Victorian frippery . . . sodden with sentiment," and then improvised a work "by" Schaumwasser at the piano.

The memorial was marked by spontaneous communal singing, Boyle said. Singers Howard Levitsky and William Noce also performed a sombre song by Mr. Eschleman, which they had discovered among his papers. It was a setting of A.E. Housman's poem "It Is No Gift."

When Mr. Eschleman found a text that interested him, Boyle said, "and which, given his knowledge of the repertoire, he felt had never been satisfactorily set," he would compose his own song to it.

Mr. Eschleman received his bachelor's degree in music from Temple in 1974 and a master's degree in piano two years later. His major teacher was the pianist Natalie Hinderas.

He was born in Reading. He is survived by his parents, Carl and Mabel Eschleman, and a brother, Ronald Eschleman.

Biography: A Summa Cum Laude graduate of Temple University with a M. Mus. in Piano Performance (and valetudinarian of his class) Jeffrey Eschleman was a student of Natalie Hinderas. His subsequent career included national acclaim as an accompanist and vocal coach, and a growing reputation as a conductor. He was a faculty member first at the Academy of Vocal Arts, and then served as the director of the Opera Department at the University of the Arts. He was in particular demand as accompanist, and prepared famed soprano Benita Valente for performances of Pelleas and Melisande with the Philadelphia Orchestra. He also served as Assistant Conductor for Choral Arts Society of Philadelphia.

At the time of his death, the Philadelphia Inquirer reported that "An estimated 200 friends, colleagues and students of Jeffrey Eschleman gathered at Haviland Hall of the University of the Arts yesterday afternoon to remember the 37-year-old pianist, vocal coach and conductor, who died Sunday after a three-week battle with pneumonia." Due to a 'policy' in place at the time, it also gratuitously added that "He had AIDS, according to his friend and former classmate at Temple University, composer Harrison Boyle." The family had requested only that pneumocystis carinii be listed as the cause of death, knowing it would be understood in the gay community without making life difficult for elderly family members in more rural locations. As the above named colleague began receiving hate calls, the Inquirer, after much urging, changed it's 'policy' and sent an unpublished apologia to the composer. (The damage was done, however, and Boyle's career never recovered.)

Jeffrey Eschleman had premiered many compositions by Philadelphia composers during his career, and a work for chorus and orchestra "Tombsongs" by Margaret Garwood, was commissioned in his memory.

Age at Death (delete if non-applicable): 37