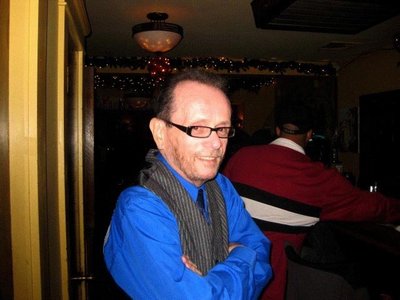 Longtime Venture Inn employee Bob Brown, known to friends and family as Brownie, died Jan. 3 of heart disease. He was 66.

Brown, a native of Philadelphia, was a waiter at Venture Inn for 37 years.

“He had been working at Venture Inn since the time that it was a straight bar back in the ’70s, so when he went, a lot of the history of this place went with him,” said Venture Inn manager Henry Brinton.

Brinton said Brown’s extensive knowledge about the restaurant and bar, as well as its many loyal customers, proved invaluable to his own growth at the business.

“I started working there a couple years ago and he took a liking to me and managed to help me really thrive,” Brinton said. “He taught me everything.”

Brown was born Aug. 16, 1943, and was raised in Southwest Philadelphia, the youngest of three children. He attended elementary school at St. Francis De Sales and went on to graduate from West Philadelphia Catholic High School. Brown moved with his parents to Delaware County for a time but eventually returned to Philadelphia, living at Third and Bainbridge streets and then 10th and McKean.

Prior to Venture Inn, Brown’s sister Anne McGarrigle said, her brother worked for a time as a physician’s assistant.

Phil Motlasz, a friend of Brown for 15 years who used to work with him at Venture Inn, found Brown in his home Sunday after Brinton told him that he was late for work — something Brown never was.

Motlasz said Brown was an institution at Venture Inn, noting that his “raw” sense of humor and biting sarcasm endeared him to both the staff and customers.

“People just loved him,” he said. “A lot of people came in there, even if they weren’t staying, but just popped in to say hi to him. He was a fixture at Venture Inn, and he had a real strong group of regulars.”

McGarrigle said her brother was a “people person” who “could talk to anyone on just about any subject. He was very intelligent and that really helped him to deal with people.”

Motlasz said that as much as the Venture Inn community benefited from Brown’s presence, Brown himself enjoyed his work.

“He was faithful to his friends and faithful to his work. He just absolutely loved his job,” he said. “He loved his coworkers, and a lot of the guests were regulars since he started working there, so they were like an extended family.”

Outside the Venture Inn, Brown was a sports enthusiast and was especially devoted to the Phillies. He also enjoyed gambling, Motlasz said, and they would frequently take trips to Harrah’s in Chester.

Motlasz noted that Brown even named his dog Lottery, a mutt who McGarrigle said her brother loved like a member of the family.

Brown is preceded in death by his brother Earl and, besides his sister, is survived by three nephews and a niece. Funeral arrangements have not yet been finalized.