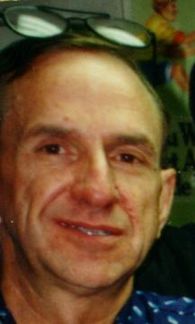 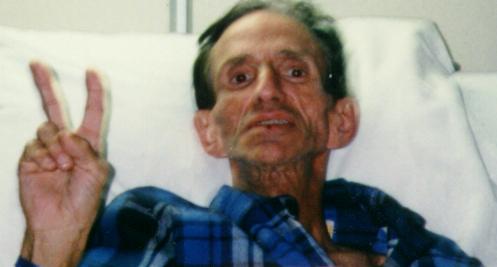 From We The People's FastFax:

Leonard West, a long-time community and AIDS activist whose varied career led him from building a library in Nigeria to forming some of Philadelphia's leading AIDS organizations, died from complications related to AIDS on November 20th at Pennsylvania Hospital. He was nine days short of his 59th birthday.

West, a former teacher in Philadelphia public schools, was among the founders of We The People Living with AIDS/HIV of the Delaware Valley, and the Philadelphia AIDS Consortium. As an AIDS activist since the mid-1980s, West served on We The People's Board of Directors since 1988; the AIDS Consortium Board of Directors; and as a board member of Betak, the region's first nursing home for people with AIDS; MANNA, which provides daily home-delivered meals to homebound people with AIDS; and Philadelphia FIGHT, which conducts AIDS-related community-based trials of experimental AIDS drugs.

With other members of We The People, West established one of the first outreach and education efforts conducted by people living with HIV/AIDS themselves, in 1989, and he was a regular contributor to We The People's award-winning monthly newsletter, Alive & Kicking!

An advocate for new and alternative treatments for AIDS, West also served as a member of the Community Advisory Board of the AIDS Clinical Trials Group in Philadelphia, and as a member of countless ad hoc and planning groups related to AIDS services in the southeastern Pennsylvania region.

"Few Philadelphians have had the impact on the quality of life of people with AIDS that Leonard did," said David Fair, another long-time Philadelphia activist.

"Back in the late 1980s, when AIDS service providers didn't think that people with AIDS should participate in the planning and allocation of resources for AIDS services, Leonard spoke up, organized and forced the AIDS bureaucracy to notice that what he called 'my community of people with AIDS' needed to be heard," Fair said.

"When the AIDS bureaucracy chose to ignore the fact that the epidemic was spreading most widely in low-income and minority communities, Leonard demanded that resources be shifted to support new organizations in the African-American and Latino communities, and dedicated his own volunteer time to helping to build programs at those organizations."

Fair noted that over ten years of leadership in the struggle against AIDS in Philadelphia, West never accepted payment for his efforts.

"Leonard kept at it longer, worked harder, and was more effective than most of us who found a way to get paid for our efforts," he said.

In addition to his AIDS-related advocacy activities, West was an active volunteer in the local Democratic Party, having served as a committeeman in Germantown for many years and as the first openly-gay delegate to a Democratic National Convention from Pennsylvania, as a Jesse Jackson delegate in 1984. He also served as one of only two openly gay men who have served on the Democratic State Committee. In both 1980 and 1982, he was a leader of successful efforts to elect over 25 openly gay or lesbian Democratic committeepeople in neighborhoods throughout Philadelphia.

West also volunteered in a variety of gay rights organizations over the years, including BWMT/Philadelphia, which sought to develop interracial harmony in the city's largely segregated gay and lesbian community, and the Philadelphia Lesbian and Gay Task Force. With the latter organization, he worked closely with his Democratic Party contacts to assure passage of the gay rights bill in Philadelphia in 1982.

West also served in the Peace Corps from 1962 to 1964, helping to establish the Government Teacher Training College in the city of Mubi.

West is survived by his lover of 14 years, Keith Brown; his mother, Dorothy West, of Florida; and two brothers, George, of Virginia, and James, of Kentucky.

A memorial service in West's honor will be held by We The People on Thursday, December 5th, at 10:00 a.m. at the Church of St. Luke and the Epiphany, 330 South 13th Street, in Philadelphia. In lieu of flowers, contributions are requested to the Leonard West Memorial Fund, c/o We The People, 425 South Broad Street, Philadelphia, PA 19147.

Age at Death (delete if non-applicable): 58

Social/Political Groups he attends/attended: We The People

His friends include (type your name here, or names of others): Keith Brown (partner)