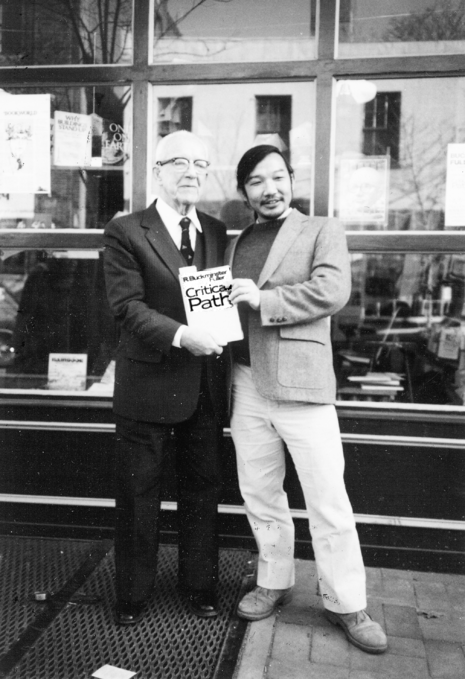 [Kuromiya, 57, Fighter For the Rights of AIDS Patients]

Kiyoshi Kuromiya, who was born in an internment camp for Japanese-Americans and spent much of his life battling for civil rights and relief for AIDS patients, died on May 10 in Philadelphia, where he lived. He was 57.

The cause was complications of AIDS.

When Mr. Kuromiya was told he had AIDS in 1989, he became a self-taught expert on the disease. Patients fare best, he believed, when they understand the illness, explore treatment options and participate in medical decisions.

He ran a community chest to help patients get free drugs, published a newsletter and ran a 24-hour information line. He even accepted collect calls from prisoners.

He also provided free Internet access to AIDS patients in the Philadelphia region and ran an underground buyers' club that supplied marijuana free to patients who found that it helped alleviate nausea from their other treatments.

Mr. Kuromiya, a short man with a pony tail and a wry wit, never forgot his beginnings at the Heart Mountain internment camp in Wyoming, and kept a large picture of it on his apartment wall. Several years ago, he and his mother, Amiko Kuromiya, revisited the site.

His activism began with the civil rights movement, when he was a student at the University of Pennsylvania. He was beaten by sheriff's deputies on a voter registration march in Montgomery, Ala. In 1965, he marched in front of Independence Hall in an early rally for gay rights, and he was one of the founders of Act Up, a protest group concerned with AIDS issues.

In 1981, he assisted R. Buckminster Fuller, the architect and thinker, in writing Critical Path (St. Martin's Press). The book sketched a vision of a bountiful future created by technological advances. In what James Traub in The New York Times Book Review called a bizarre and often revelatory volume, the authors suggested that the blossoming of technology had the potential to end war.

Mr. Kuromiya called his program of free Internet access the Critical Path Project after the book, and his blending of social activism with the Internet was seen by some as a realization of his prophecy of the power of information.

He sat for hours at his computer in his tiny apartment making connections with patients, advocates, researchers and policy makers around the world.

He also had a role in framing the use of the new technology. He was one of the lead plaintiffs in the successful 1996 challenge in federal court in Philadelphia to the Communications Decency Act, which made it a crime to circulate patently offensive sexual material.

Mr. Kuromiya was also a nationally ranked Scrabble player. He is survived by his mother; a brother, Larry, and a sister, Merijane, all of whom live in the Los Angeles area.